← more from
Bear Machine Industries
Get fresh music recommendations delivered to your inbox every Friday.

by Locas In Love 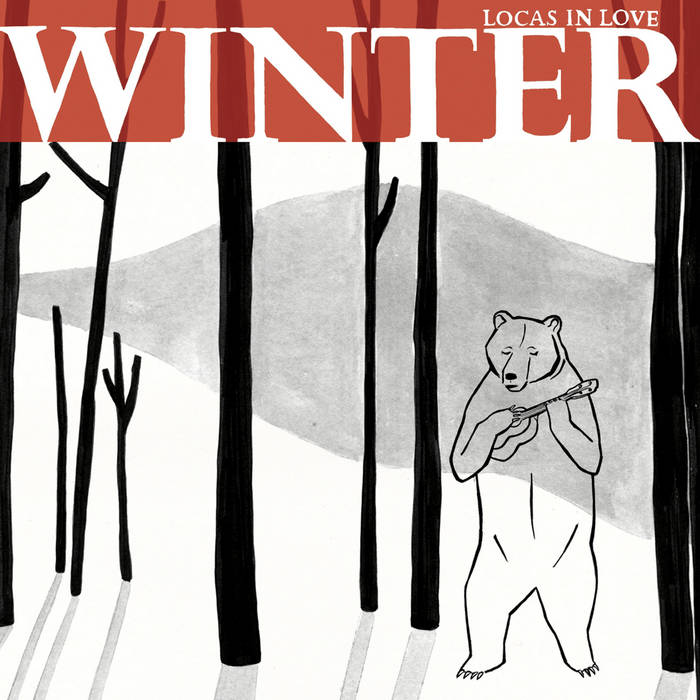 After SAURUS had been released we were a bit surprised by its success and wanted to take our time to work on the follow-up. In order to prevent listeners from comparing the two albums and trying to hear the new album as the 'new Saurus' we decided to record an album that would be so different from Saurus that it just weren't possible to hold them against each other and make out the better one. Also, we had been toying with the idea to put out a seasonal 7" for a long time. That 7" then became an entire album, which we recorded mostly in living rooms instead of proper studios. This is our first and only 'concept album'. It was written and recorded within a very short amount of time and released in late November 2008 on Sitzer Records as a CD and LP.

We started recording WINTER in August 2008 in our living room in Cologne. In September we added some small things at Tarquin Studios in Bridgeport, CT but most of the things that hadn't been done then, we laid down at Sam's & Julie's place in Bushwick Brooklyn, NY (Skapegrace Church).
At the end of the month we returned home and finished the last bits and pieces – again in the living room.
Whenever we weren't recording, Niklas ran back to his flat and mixed our tracks at hilarious times of day. Maybe one week in early October was like that, then - he didn't even go to work anymore.
Kai Blankenberg mastered the album at his Skyline Tonfabrik Düsseldorf on Oct 9 2008 and shortly after a second time because some things weren't perfect yet and also, two songs had been remixed. But we finished the whole thing in October.

We're a band & we're friends.
Sticking It To The Man Since 2001. Trust No One, Love Everyone.
Manifeste, Freundschaft & Zerstörung.

Bandcamp Daily  your guide to the world of Bandcamp

Stanley Ipkuss joins the show to discuss his latest release "Among Other Things."