by Locas In Love 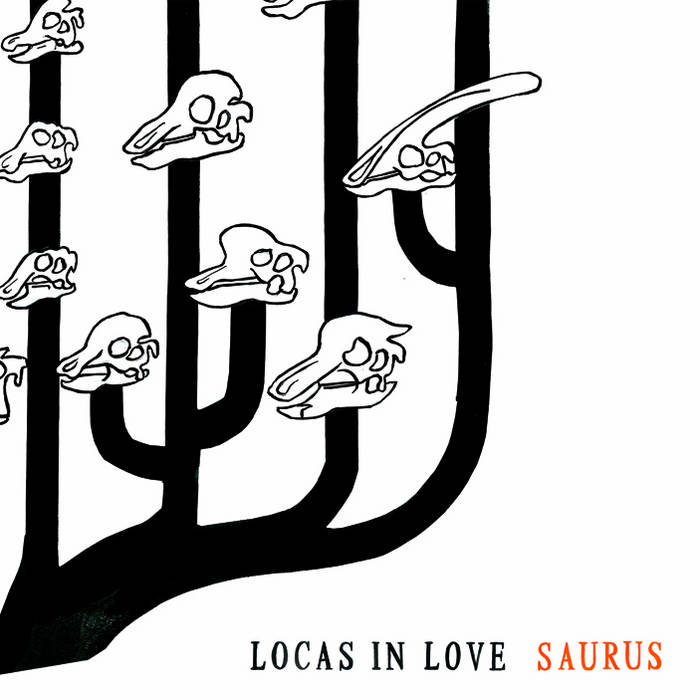 SAURUS came out as our second album in February 2007. The LP version was issued by Sitzer Records, the CD was released by Virgin/EMI. Rerelease October 2011 on Staatsakt/Rough Trade.

Recorded between July 2005 and September 2006 at Maarweg Studio 2 and in our rehearsal space below by Niklas & Locas In Love, engineers for recording the drums on Sachen, Comandante, Straight and Egal Wie Weit: Alexander Breuer-Roelke and Daniel Klingen.
Horns recorded by Niklas & Locas In Love on May 7 2006 in the kleine Musiksaal of the städtisches Gymnasium Herzogenrath and on Sept. 24 2006 at Maarweg.
Choir for Mabuse recorded on Sept 17 2006 by Wolfgang Stach at Maarweg.
Strings recorded on Sept 19 2006 at Radio Buellebrueck Studio Berlin by Tobias Siebert.
Toy Piano recoded by Peter Katis on October 6 2006 at Tarquin Studios, Bridgeport, CT.
Strings on Honeymoon and horns on Comandante arranged by Peer Göbel.
While recording in the summer of 2005 Jens Bachmann and Arne Denneler were a big help, too.
Malcolm Middleton played and recorded his guitar on Honeymoon at Salvation Studios, Glasgow.

We're a band & we're friends.
Sticking It To The Man Since 2001. Trust No One, Love Everyone.
Manifeste, Freundschaft & Zerstörung.

Bandcamp Daily  your guide to the world of Bandcamp